by admin in News

Leading PR, social and experiential consultancy, Red Agency, has announced it will celebrate its 15th anniversary by rebranding to Pink Agency for the month of October.

In line with Breast Cancer Awareness Month, Pink Agency will hold a number of events and initiatives designed to raise funds and awareness for the National Breast Cancer Foundation (NBCF).

Seeking to mark its 15th year milestone in a meaningful way, Red Agency’s Pink Agency idea was conceived after it was discovered that two thirds of its staff had experienced a battle with breast cancer, either directly or through family and friends. The goal of the campaign is to support the one-in-eight women who will be diagnosed with breast cancer in their lifetime, hence the partnership with NBCF to support their crucial life-changing breast cancer research. As such, Red Agency will also provide pro bono support to NBCF to help drive further awareness.

Pink Agency’s main event in the month will see will see a number of influential and celebrity friends of the agency come together for the cause on October 19 at its office rooftop in Sydney’s CBD. The event will kick off with a panel discussion hosted by Red Agency CEO James Wright, titled ‘Inspiration from Adversity’, where a number of speakers will talk about challenges they faced in both their personal and private lives and how they overcame them. Friends of the agency speaking at the event include:

Throughout the evening guests will be treated to world-class entertainment, including music from Universal Music artist Odette, as well as a series of fundraising activities.

Beyond this, the re-brand to Pink Agency will see websites, email signatures and branding around each of Red Agency’s offices updated. Other fundraising initiatives include a morning tea held in each office on the first working day of the month, as well as collections held before every meeting, with all proceeds going towards the NBCF.

James Wright, CEO Red Agency APAC, said: “Over the past 15 years, we have built a mantra of genuinely making a difference to Australian audiences either through our clients or directly through community initiatives. So rather than focus purely on our own milestone, we thought this was as an opportune time as any to shine a light on a community in constant need and support a cause that is very close to us. Some 66 per cent of our agency has been affected by breast cancer in some way, the majority in the last few years, so we wanted to raise further awareness and cash throughout the month.

“Pink Agency will champion staff-driven initiatives throughout the month, as well as working closely with clients and industry partners to help us create the impact we want to achieve to supporting the research. We are thrilled to partner with the National Breast Cancer Foundation for this and contributing in our own way to the amazing and vital work they do.”

NBCF CEO Professor Sarah Hosking thanked Red Agency for their generous support throughout October, saying: “On behalf of everyone at NBCF and all the women and men affected by breast cancer, thank you to all of the staff at Red Agency. Your commitment makes a huge difference.” 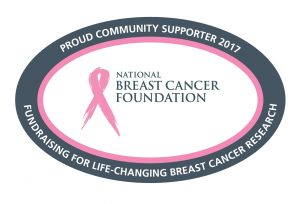 NBCF funds life-changing breast cancer research with money raised entirely by the Australian public. Breast cancer is the most common life-threatening cancer facing Australian women, with eight women dying from the disease each day. By funding only world-class research, NBCF is working towards a goal of zero deaths from breast cancer by 2030.

If you would like to make a donation to this cause, please visit: https://my.nbcf.org.au/pinkagency